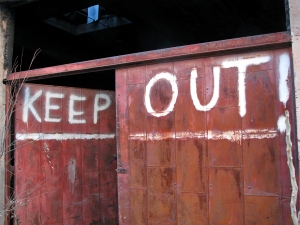 We’ve all heard someone say a secret makes you sick, or your only as sick as your secrets. Our paparazzi culture loves the power of the exposé. Photographers lurk in the bushes and chase people in their cars in an effort to get the scoop or the dirt so they can broadcast on TMZ. Then there are those nosey neighbors looking for their next piece of juicy gossip to share. People love to out other people. Truthfully no one likes feeling exposed.

There is a difference between a right to privacy and keeping a secret. When someone requests privacy they are simply saying “this part of my life is mine and I have a right to keep it to myself.” We can all respect a person’s right to privacy.

Secret’s like a surprise party are obviously fun and okay. But unhealthy examples of secrets allow behavior that is harmful or destructive to yourself or others; affairs, addictions, cutting, hurtful actions against you by someone (rape, molestation) etc. Secrets also include events from the past in which you blame yourself… I once sat with a person who as a child was bike riding on a quiet road with a friend. They had a rope tied between the bikes as they rode along together when out of nowhere a car sped by catching the rope and striking the other child killing him instantly. The pain and regret were so intense it took years to speak about.

Secret keeping is driven by two factors. The first is fear. Many people believe that a secret kept protects them from being judged and rejected by people they love most. This is a very real fear as many times people who unburden themselves ARE rejected.

Fear becomes bondage when the desire to hide the truth drives behavior. In order to protect themselves people will use secret keeping strategies like defensiveness, manipulation, anger, lying, blaming, and even withdraw. The secret keeper has the false belief they can continue to have intimate relationships with those they love by employing protective behavior. They have no idea their behavior is not only self-destructive, it is also destroying the very relationships they long to keep.

Secret keeping is also shame driven. Shame is the silent killer of the secret keeper. Shame is what makes secret keepers sick. Shame is the false belief that their actions define their identity. People sometimes confuse guilt with shame. Guilt says “I did something bad.” On the other hand shame says, “I am bad.” Guilt motivates us to avoid behaviors. Shame paralyzes a person from admitting behaviors. A shame driven person will hide, cover, deflect and conceal-in whatever way possible-their actions.

Consider Adam and Eve in the Garden of Eden. When they disobeyed God the first thing they did was cover and hide. They withdrew from their relationship with God hiding in the garden among the trees. (Genesis 3) As leaders we are called to freedom champions. We help people feel safe enough to come out of hiding and into the light of grace.

God has given mankind the amazing gift of discernment. Discernment is best described as a feeling combined with the precious gift of the wisdom of God. When we are in relationship with a secret keeper a discerning person might:

Don’t be a fault finder – Be a freedom guide!

As ministers of the gospel of grace one of the greatest callings we have is to walk with people as they transition from the old man to the new. In fact ministry can be defined as walking with people in transition. Our calling is to love as Jesus loved… everyone… including secret keepers while balancing the care and protection of the flock entrusted to us.

We love people into the light of grace when we:

Remember though we want to encourage break through NOT breakdown.

Want to learn more? Be a part of our upcoming e-class The Unshakable Leader. To learn more sign up for our free preview online seminar: